Stay Involved with a Usability Review

Before software usability testing emerged in the 1980s and became more widespread in the 90s, quality assurance testing was the only way software was tested before release. Quality assurance was focused on ensuring that developed software met the defined requirements and did not contain any defects. However, requirements were rarely generated through user research. Instead they were usually generated by business stakeholders and documented by business analysts. If users were involved at all, they were often represented by a few subject-matter experts gathered in meetings to talk about what they wanted the software to do. 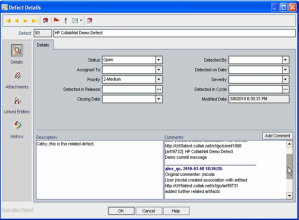 Quality assurance analysts tested the software to find technical defects. If the software did what it was supposed to do according to the requirements, it passed the test, regardless of how usable it was or how well it fit the needs of the users.

The Evolution of Usability

As it became obvious that this method of software development was failing to address usability issues, usability testing was added to projects in a similar manner as quality assurance, evaluating software at the end of a project to find and fix usability problems. As it became apparent that this was too late to make any major changes, usability testing gradually moved further and further forward in the design process, with multiple iterations of design and testing. Eventually people realized that it would be better to avoid problems in the first place by finding out what users really need at the beginning of the project. Proper user research was born.

We Forgot the End of Projects

Unfortunately, as we’ve moved user research and usability testing earlier in the process, we’ve tended to overlook the end of projects. We do the upfront user research through iterative design and usability testing, but once development begins, we often drop out and move on to the next project. Then when the final product is released, we often find ourselves scratching our heads, thinking, “what happened?” as we see it varies greatly from what we intended.

To solve this problem in a previous job, I created a process I called a Usability Review. During functional QA testing, a usability analyst would review the developed application looking for usability and design problems. Any issues found were entered in the QA bug tracking software (Test Director in this case) as usability or design issues and assigned to a developer to review and fix. After fixing or rejecting the problem, the developer assigned the issue back to the usability analyst to either accept or reject the solution. This worked very well and caught a lot of issues.

Advantages of a Formal Usability Review

You may think that staying involved throughout the project would be enough to find and prevent any usability and design problems, but there are several advantages to having an official, detailed usability review process.

Can’t Quality Assurance people find usability and design issues themselves, or can’t they be trained to do that? Yes, it’s possible, but usually they don’t have as much knowledge and experience in user experience issues, and they are not usually involved in the user research and usability testing that takes place earlier in the project. Usability and design professionals are the best judges of whether the final application matches the intended design and user experience.

So add a usability review to your projects and you’ll find that it pays to keep usability and design formally involved all the way to the end of a project. You’ll end up with final products that more closely match the original vision.